Please consider a donation to the ACYCP.    DONATE

A Survey of In-house Professional Knowledge

On Sunday, October 25, 2015, 80 CYC practitioners were accompanied by family and friends, as they boarded the Royal Caribbean’s Navigator of the Sea to attend the Triennial All-Journey Leadership Symposium on the Sea / Smart Talk Conference.   Sailing to Honduras, Belize and Mexico, all of the attendees were current or past participants in one of the Journey Fellowship’s professional development Fellowship programs since 2002.

With its center in Indiana, the Journey hosts professional development programs for aspiring students and practicing professionals, wherever they are in their vocational journey, to begin or renew their careers in youth development.  Providing year-long programs, which includes four retreats throughout the year, the professional development is for CYC executives, students, new professionals and navigators or ambassadors - those committed to promoting the CYC practice and core competencies in Indiana.  Each cohort participates in “… a variety of programs that seek to support the renewal and professionalization of current and prospective youth workers in Indiana and around the country since its inception in 2002” (The Journey Online 2015).

Three days of the week-long cruise were given over to the Journey family coming together to continue their professional development.  This included filling in a survey with the purpose of establishing the level of knowledge American youth workers have regarding the political status of their practice from a local, national and international perspective.

The majority of those surveyed were from Indiana with seven individuals from the states of Arizona, California, Illinios, New York State, North and South Carolina (one respondent), Ohio and Pennsylvania.

Sixty-nine of the 80 participants completed the survey.  The questions asked respondents, including their job title and professional qualifications, to:

These numerous titles reflect an issue that is commonly found around the world – that youth workers are known by almost every other name than what they do, unlike social workers or teachers.  An audit of Australian youth work jobs conducted in November 2014 of ‘current’ online advertised positions on Job Seeker.com within the youth sector, also identified as many job titles for youth workers as there were positions.  Of the relevant advertised vacant positions, only one specifically requested a ‘youth worker’ while the other 119 associated posts included similar job titles to those provided by the survey respondents (Brooker in preparation).  All have the common element of working with young people although different settings, work hours and outcomes for those in care determine the specific details of one’s employment and job title.

Overall, the surveyed group were qualified with 46 of the group answering that they held at least one of 20 different qualifications named, ranging from certificates to postgraduate degrees, the most common being a Master of Social Work (9).  These nine also indicated that they were licensed social workers; an additional three nominated that they held a Bachelor of Social Work which implies they will gain their Masters degree in the near future.  Two respondents indicated that they had attained PhDs while an additional five stated they had graduated but this probably indicates they had only competed high school because of the associated year nominated.  This tends to have a greater importance in America than it does to an Australian audience who would not include their high school completion date unless specifically asked to nominate this information.  Three did not answer the question and four participants will graduate in May 2016.

In regards to the first question, knowledge about the American Federal youth policy, 84.1% answered either ‘IDK’ (I don’t know) or left the answer blank indicating that the majority did not know of the existence of Pathways for Youth, a draft policy published in 2013 by the Interagency Working Group on Youth Programs (IWGYP).  Created in consultation with a wide range of stakeholders, including young people, families and all levels of government, it is  ‘… a vision that acknowledges the importance of pathways to opportunity for youth that include meaningful connections and safe, healthy, and stable places to live, learn and work’.  Global in its focus, it aims to ‘… coordinate and amplify global youth policy in three primary areas:

Of the 11 who did respond to the question, one respondent wrote “There isn’t one’ while the other ten provided answers that named other possible policies such as 4E Black Grant funding and CAPTA, which they nominated as being in place between the dates of 1974 to 2012; one person answered that there were a number of policies but did not provide nor their specific titles.

The general inference from these answers is that the majority of American youth workers lack an awareness of the document’s existence and it has not been widely disseminated to those most impacted by it.  Discussion in follow-up conversations after the survey was conducted revealed that the participants were also unaware that there are two federal agencies responsible for youth in the U.S.A., the first of which is the Interagency Working Group on Youth Programs (IWGYP), the group responsible for Pathways for Youth, which represents 18 federal agencies that support programs and services focusing on youth.  Promoting the ‘goal of positive, healthy outcomes for youth’, it does this through the:

The second federal agency is the Office of Global Youth Issues which works globally with other agencies and embassies through more than 70 international youth councils, even though the US government itself disbanded its American Federal Youth Council in 1986.  Headed up by Andy Rabens, the Special Adviser for Global Youth Issues at the US Department of State in the Office of the Under Secretary for Public Diplomacy and Public Affairs since October 2014, the Office addresses four areas of child and youth development - academic, social/emotional, physical, vocational and civics for five age groups - 0-5 years, 5-10 years, 11-15 years, 16-20 years, 21+ years of age – for the purposes of “building greater global connectivity and networks to shape the world of tomorrow” (U.S. Department of State 2015).  It is thus an Office buried deeply within the U.S. federal bureaucracy.

America is unique in that many responsibilities, including youth work, are given to the individual states with each state setting its own regulations.  Funded from the federal education budget and divided up at the State and county level of administration, each of the 50 states and 3000 counties has its own complex system related to jurisdictions, registrations and youth work expectations.  A coherent understanding of the American youth work sector is almost unattainable to an outsider.  The care of youth is considered a local, not a national, responsibility generally, although the federal government does, from time to time, try to influence the states, and this includes providing Title 4E Funding to train child welfare practitioners.  However, when the 69 respondents were asked if their state or county had a youth policy:

The overall findings of this survey would suggest that American youth workers are largely unaware of policies that relate to their work as youth workers nationally (Pathways for Youth) or globally (UNCROC), and only marginally more so locally in regards to State and county policies which govern their work.   This is unlike other parts of the world, such as the UK, where workers have battled those in power for professional recognition and the securing of better pay and conditions for both themselves and those they work for, for more than 50 years where the impact of government policy is felt daily in their work space as it governs the focus and funding of what can occur and be achieved.

One respondent, to the question about the UNCROC wrote that it was “A Hillary thing” which indicates that some do believe a few politicians on Capitol Hill will support their work.  Working more closely with the federal bodies responsible for supporting youth work would ensure that those on the ground are both aware and feel more supported by significant others in the halls of power, whether federally or locally.  This is a two-way street and requires greater connection from the top down, as well as from the grassroots.

The survey did not ask questions about how many had successfully completed the certification process, how many were in the middle of it and how many intended to apply in the near future.  The usefulness of these answers would have indicated how many were mindful of the push for professionalization to establish and maintain high standards of professionalism so that the sector is recognised for the significant work that it does with America’s young people.  Two of those surveyed indicated they were certified but clarity is required for these respondents as their answers show that they believe that certification equates to a qualification.

More follow-up discussions revealed that many were embarrassed that they were unable to answer the questions and wanted to know the answers.  Once told, they were eager to learn more and wanted to know why their nation had not signed the UNCROC and who Andy Rabens is, the man supposedly representing them on Capitol Hill.  Not one of those at the conference had ever heard of him, which was the same for both of the federal groups dedicated to youth work in America.  Reviewing the efforts to form a CYC profession in 1991 and 2002, Krueger (2002) concluded in his later paper that many CYCs and administrators were unaware or did not have access to the important information that governed their work and this would appear to continue to be the case 13 years later.

The recommendations from the survey results are that:

Please consider a donation to the ACYCP.

You Can Now Join ACYCP On-line!

Yes, we offer on-line registration and renewals with payment through PayPal.  To join ACYCP, follow the membership link.

The past 25 volumes of the Journal are now online and free to use. Most of the pioneers of the Child and Youth Care field have written for this Journal. We encourage you to check out these historic volumes. 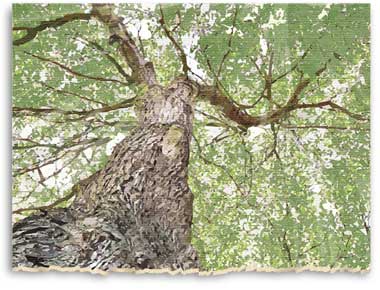 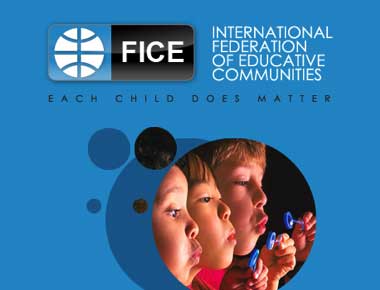 The International Child & Youthcare Network (CYC-Net) is a registered non-profit and public benefit
organisation in South Africa (031-323-NPO, PBO 930015296), running in terms of its own Constitution.